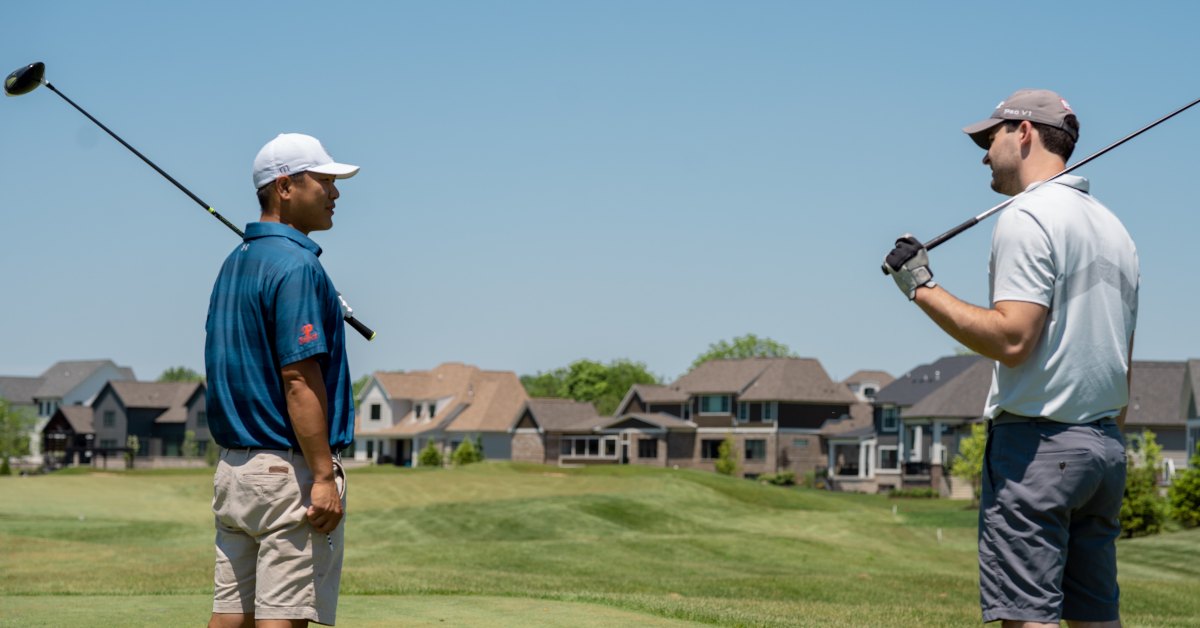 While stroke play is the traditional way of playing golf in tournaments and for amateurs on their local municipal, there are many other fun types of golf to try.

Some are great for groups or team competition, while others are simply just a great way to mix things up a little. And the nice thing about playing on a golf simulator is that you can try all kinds of different scoring methods without pressure and while hanging with your buddies!

Learning the game on a golf simulator at XGolf is a fantastic way to improve your swing without the pressure of actually getting out on the course before you’re ready. At XGolf — home of the best golf simulator in the world — you don’t have to worry about the pace of play and there are real-time metrics that you can’t get on an actual course or driving range without expensive tracking equipment.

Plus, at the XGolf Denver golf simulator, you can practice year-round — no matter the weather — play courses from around the world, and even sign up for golf lessons from a PGA professional!

Learn more about some other types of golf scoring systems and try them next time out at XGolf Denver.

A popular style of golf is match play, which pairs players — or teams — against each other with each hole being a standalone competition. Whichever pair or team finished with the lowest stroke total wins the hole, regardless of the number of strokes. If both teams complete the hole in an equal number of strokes, the hole is tied or “halved.” Whatever pairing wins the most holes is the winner.

A popular form of play in large tournaments at the amateur level where players are grouped in “foursomes”, this style is played between two players in a partnership, playing one ball hit alternatively. One teammate tees off on odd-numbered holes, the other on even holes, and they trade off strokes until the hole is completed. This style can fall under both stroke play and match play depending on what’s agreed upon beforehand.

Much like foursomes, this type of competition is team-oriented, but instead of alternating shots, the pairing each plays his or her own ball, and the better score of the two counts as the team’s score.

This variation of stroke play can often be found in amateur tournaments in which a point system is awarded to each stroke in relation to par. For example, if a player scores more than one over par (a double bogey or worse), they don’t receive a point. If they bogey, it’s one point. Par is worth two points and so on. The winner is by the highest point-getter after 18 holes.

Usually confused as “best-ball”, a scramble is a style of golf in which teammates (of two or four) each hit strokes, but choose the better of the two or four shots and play their next stroke from that best, previous shot. So each player whose shot wasn’t deemed “best” picks the ball up and places it with a scorecard’s width of the spot of the chosen, “best” shot.

A slight variation of the scramble style of competition, the rules are exactly the same as a scramble, however, each of the four players must have one of their drives used at least once in the round. This prevents the stronger players from carrying the team if a weaker or newer golfer is in the group.

Most popular in circles of golfers who like to bet money on a hole-to-hole basis, skins is a type of match play in which each hole is awarded a certain amount of money (or points in friendlier games) and whichever pairing or team wins the hole — again by having the lower score no matter the actual stroke count — wins the money or points for the hole.

If the hole is tied (“halved”), then neither team nor player wins the money or points, and instead, the value carries over to the next hole. If this continues for multiple holes, the value increasingly grows sort of like a growing pot in a game of poker.

Tweaking the rules of foursome slightly, this style of golf competition requires each teammate to make a tee shot and then select which one they want to use. Whoever’s shot was not selected then has to play the next shot and all subsequent even-numbered shots for the hole, while the other teammate then shoots all odd-numbered strokes until the hole is completed.