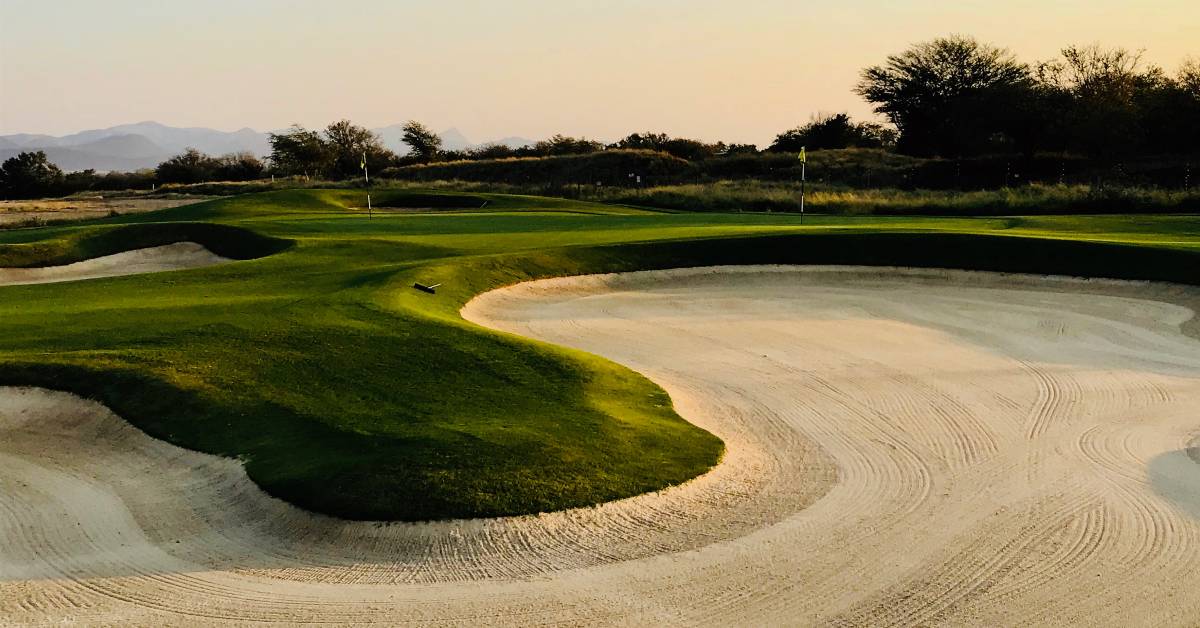 Their work speaks for itself. True masterpieces, renowned around the globe, often by just a word or two. Augusta. Pebble. Pinehurst. They are among the finest golf courses in the world, but why?

Beauty will only take you so far. A truly great golf course fuses scenery with a challenge. Something unique. Behind every legendary course is the man who designed it.

Some of the names you know. Others you probably don’t. In either case, their genius, vision, and execution ensured their place in the hearts of every golf enthusiast — whether you knew who they were or not.

These men span more than a hundred years, generation after generation, each changing the way the game was played along with the revolutionary players who demanded more from every course as the sport evolved into a power struggle between man’s will and nature’s ruthlessness.

Playing on a golf simulator is a fantastic way to experience many of these famous courses. At XGolf Denver — home of the best golf simulator in the world — you can play courses from around the world!

Plus, you don’t have to worry about the pace of play and there are real-time metrics that you can’t get on an actual course or driving range without expensive tracking equipment. You can even sign up for golf lessons from a PGA professional.

But for today, we want to honor these great golf men. Here is our list of the greatest golf course architects of all time.

Practically no list of great golf anything is complete without the best golfer of all time — The Golden Bear, Jack Nicklaus. While almost everyone knows Nicklaus for his unparalleled accomplishments on the golf course as a player (owning the most major titles of all time), he’s had a near equally spectacular second phase of his golfing life as a designer of golf courses.

Nicklaus’ courses are known for being exceptionally hard (some argue too hard), requiring players to shape their shots, a trademark of his game. Nicklaus has designed more than 270 courses around the world. His finest course is widely considered to be Muirfield Village in his home state of Ohio, hosting a PGA Tour event each season. Golf Digest ranked seven of Nicklaus’ courses in their list of Top 100 Greatest Golf Courses.

Perhaps no other golf course architect in the history of the American game is more famous and respected than Pete Dye. It’s fair to say that Dye has influenced golf course design more than any other modern architect, infamous for moving “heaven and earth” in his course designs. He lays out incredibly tough courses to navigate, such as the Stadium Course at PGA West, Whistling Straits, and the Players Stadium Course at TPC Sawgrass, host of the Players Championship. Dye loves to utilize nature’s devilish defenses with bunkers, water hazards, and spectacular ocean views. You must think hard on every shot when playing a Pete Dye course — or it will eat you alive.

Unlike the previous two on this list, Alister MacKenzie is from an older era of golf history. MacKenzie is best known for his greatest work, an utterly majestic beauty that is at least one of the most famous courses in existence, if not the most perfect — Augusta National. The home of the Masters is as challenging as it is gorgeous (which is truly saying something), but it is just one of his famous designs. MacKenzie is responsible for three of the best courses in the world, adding Cypress Point and Royal Melbourne to his resume (not to mention Crystal Downs in Michigan and Pasatiempo in California). His trademarks are “finger” bunkers and undulated greens. If you want a flawless blend of artistic beauty and strategic golf, a Mackenzie design is your course.

One could argue there would be no Alister MacKenzie without H.S. Colt, who hired MacKenzie as the two developed in rivals with a fierce clash of egos even as they designed courses together. You might know Colt from his most famous design, Royal Portrush in Northern Ireland, which just hosted the 2019 Open Championship. Colt might not have any other standout courses, but his contributions are felt in many places in the world, including a redesign of Muirfield and Sunningdale. Colt liked to let nature dictate the design instead of moving ground to make his visions happen, creating a feeling of purity in his golf courses.

Donald Ross is the grandfather of American golf course architecture. He was a businessman first and foremost, sometimes criticized for seeking monetary gain instead of designing for the love of the game, but either way, his work lives on today. Pinehurst #2 is his finest piece, host to a number of U.S. Open championships and a significant challenge to the best players in the world, featuring humpback greens. Seminole, Oakland Hills, Oak Hill, and Inverness stand out as well from his collection of more than 400 courses. He was even an apprentice to legendary Tom Morris.

Another of the “newcomers” to golf architecture, Tom Doak is constantly adding to his list of fantastic courses, notably Pacific Dunes in Oregon, which garnered him worldwide attention. The course is in the links golf style, famous in the United Kingdom, and features an unorthodox layout with back-to-back par 3’s and only two par 4’s on the back nine. Pacific Dunes even ranked ahead of Pebble Beach for the best public-access course in the country. Other notable designs include Ballyneal, Cape Kidnappers, and Sebonack.

Affectionately known as Old Tom Morris, he is the grandfather of golf. He’s the most historic figure in the sport’s history, serving as the greenskeeper at St. Andrews and won the Open Championship several times in the 1800s. He designed Royal County Down, Muirfield, Royal Dornoch, and Lahinch, all of which are among the best courses in Europe. He set trends and standards for course design moving forward and it’s fair to say golf course architecture would not be the same without his example.

Another of the great designers of the early 20th century, A.W. Tillinghast (or simply “Tillie), worked on more than 250 courses and created masterpieces like Winged Foot, Quaker Ridge, Baltimore Country Club, Baltusrol, and the Black Course at Bethpage. Tillie is considered the first designer who sought to create beautiful courses and used all kinds of design ideas and no limits to his imagination, famously ignoring the length of his courses saying, “It isn’t how far, but how good.” Dedicated golfers often sleep in their cars just to get a tee time on Bethpage Black, a public course that hosted the U.S. Open twice, which does not permit carts and is a tribute to the “Golden Age” of course design.

Another of the premier modern golf course designers in the world, Tom Fazio ranked 15 courses in the top 100 of Golf Digest’s best courses, five more than any other designer ever. Fazio’s courses are exceptional, if not lacking a truly spectacular and famous standout like his contemporary Pete Dye. Shadow Creek is widely considered his best course (a public course) along with Wade Hampton, Gozzer Ranch, and Red Sky. Fazio’s courses utilized elevated tee boxes and great length, two features popular among modern courses, especially in mountainous terrains. The only thing Fazio misses now is quite possibly time to form history and an iconic tournament hosted at one of his courses.