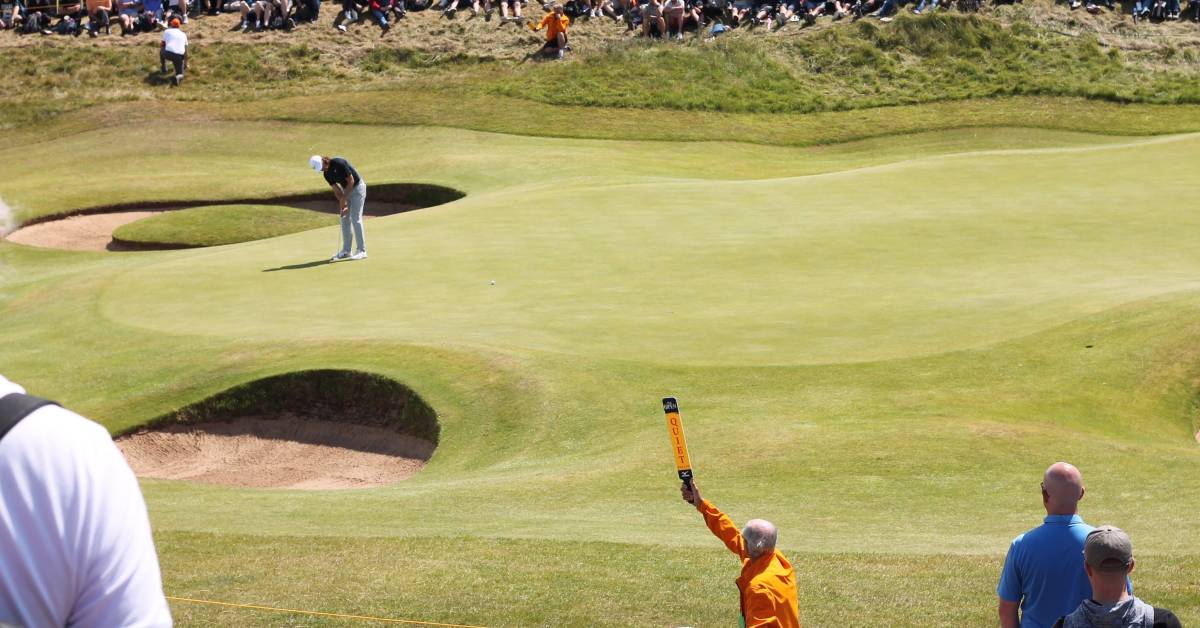 The Top 10 Amateur Golfers of All Time

As hard as it might be to believe today, there was once a time in golf when maintaining your amateur status was the thing to do. Sport, back then, was for gentlemen. It was about pride, honor, and proving you were the best. It wasn’t about money in the golf community. At least for a time.

Professional sports provide some of the most well-known celebrities in the world — golfers included — but what about some of the names you’ve maybe never heard of because they didn’t play for money and worldwide acclaim?

Today, XGolf Denver is going to rank the best amateur golfers of all time. Many of the names you’ll know as they eventually went on to professional status. But a few you may learn about for the first time. We just love golf so much!

Playing on a golf simulator at XGolf is a fantastic way to enjoy the sport year-round and keep your game sharp. At XGolf Denver — home of the best golf simulator in the world — you don’t have to worry about the pace of play and there are real-time metrics that you can’t get on an actual course or driving range without expensive tracking equipment.

Plus, at the XGolf Denver golf simulator, you can play courses from around the world, and even sign up for golf lessons from a PGA professional!

But for now, read up on our top 10 greatest amateur golfers of all time!

William Lawson Little Jr. is often considered the greatest American amateur golfer in the time between Bobby Jones in the 1930s and Tiger Woods in the 1990s. Little is also considered the best match-play golfer of all time, sweeping the U.S. and British Amateurs in 1934 and 1935, winning 32 consecutive matches between the two events.

Only three other golfers have ever held both titles in the same year and nobody else in golf history held both titles in consecutive years. Only 12 golfers have ever won both the U.S. and British Amateur titles. His amateur record would certainly have been more impressive, however, Little turned professional in 1936, becoming one of the first pro golfers to receive substantial endorsement deals.

Walter Travis was an unusual case because he didn’t start playing golf until he was 35 years old. But that didn’t stop him, winning three U.S. Amateur tournaments in the early 1900s, before becoming the first American to win the British Amateur in 1904, an accomplished no American matched for 22 years. Travis was the low amateur of the U.S. Open on five different occasions and retired from the sport in 1916 at the age of 54.

You simply cannot have an all-time list of golfers without including the great Jack Nicklaus. Nicklaus’ amateur career was relatively short, which is the only reason he comes in at No. 8.

This British golfer had a tremendous impact both on the golf course and off of it, winning the Amateur Championship and English Amateur five times each. Sir Michael Bonallack was a member of nine Walker Cup teams and was the leading amateur in two different Open Championships in 1968 and 1971. Sir Bonallack’s contributions to the game went beyond playing as well, serving as the prestigious Secretary of The Royal and Ancient Golf Club of St. Andrews from 1983-1999, as well as a number of other notable English golf institutions.

Charles “Chick” Evans exploded onto the golf scene in the early 1900s when he won both the U.S. Amateur and U.S. Open in 1916, the first man to win both tournaments in the same year and the only one to have done so with the exception of Bobby Jones.

Evans played in a record 50 consecutive U.S. Amateur tournaments, winning again in 1920 and finishing runner-up on three other occasions. He is known for only carrying seven clubs in his bag (with hickory shafts) and competed in tournaments all the way through 1968 — where he won his final event at the Illinois Open. Perhaps his greatest legacy is founding the Evans Scholarship, which is held and awarded by universities all over the Midwest.

Another brilliant golfer at the turn of the century, Jerome “Jerry” Travers won 10 individual titles over his short career, including the 1915 U.S. Open. Travers would go on to win four U.S. Amateur titles in an eight-year span. Travers was only the second amateur to win the U.S. Open and remains one of only five men ever.

His personal rivalry with Walter Travis, the most successful amateur of that era, made him a sharp match-play competitor, but lost passion for the game, retiring at only 28. Travers, despite winning the U.S. Open in 1915, never entered the tournament again.

Franci Ouimet’s contributions to the game of golf have been documented in books and feature films thanks to his stunning performance at the 1913 U.S. Open. Ouimet’s “shots heard round the world” that day at The Country Club captured the imagination of sports fans across the globe.

Ouimet, just a 20-year-old former caddie at the time, beat British legends, Harry Vardon and Ted Ray, proving to the world that golf was not only a game for the rich and stuffy. He was a working-class American kid who grew up across from the golf course and sharpened his game with makeshift holes he and his brother made in the yard. Ouimet is often credited for sparking American interest in the game like never before by making the sport relatable to anyone who enjoyed picking up a club.

Dating back to the earliest days of what you might consider “modern” golf, John Ball Jr. won amateur titles beginning in 1888 through 1912 at the age of 51. Ball Jr. won the Amateur and Open Championships in 1890 and was the only man to ever win both tournaments in the same year until Bobby Jones did so in 1930.

Ball was the first English-born player to win the Open Championship in 1890 and won a record eight Amateur titles overall, including a pair of runner-up finishes. Ball was equivalent to Bobby Jones for British golfers and was noted by one golf historian as so important that “no golfer ever came to be more of a legend in his own lifetime.”

Eldrick Woods, better known by his fierce nickname “Tiger”, is one of the greatest golfers of all time and undoubtedly the most influential contemporary golfer. Tiger Woods is accurately credited with changing the way the game is played today, but well before he was a professional and altering figure in the sport, he was a dominant amateur golfer.

Taught and driven by his father Earl, Woods was a force at every level, winning junior tournaments by the age of 8 in 1984, breaking 80. He won the Junior World Championships six times and four in a row between 1988 and 1991. Woods won an unmatched three straight U.S. Amateurs, was undefeated in match play (36-0), won 6 straight U.S.G.A Championships and was the low amateur at the 1995 Masters and 1996 Open Championship.

His name is now synonymous with golf immortality and legend. Robert Tyre “Bobby” Jones, Jr. was not only one of the most influential people in the game of golf, but in the sports landscape in the early to mid 20th century. His impact on golf is unrivaled in many ways, with perhaps only Tiger Woods coming close — and even then, Tiger is a long way off.

Bobby Jones is unquestionably the greatest amateur golfer of all time and one of the best golfers of any kind ever. And he did it all by the age of 28 when he suddenly retired in his prime. Between 1923 and 1930, Jones incredibly won 13 of the 20 major championships he competed in, becoming the first man to win the Grand Slam (in the pre-Masters era).

Jones was known for his unwavering sportsmanship and honesty, but perhaps his greatest gift to golf was the co-founding of Augusta National Golf Club in 1933, home of the world-famous Masters.